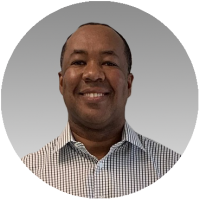 Wayne Miller is the Chief Counsel – Division Operations and Contracts of US LBM Holdings LLC (“USLBM”), the privately held parent of 54 United States based construction companies; and one of the largest building products distributors in the USA operating over 250 locations nationwide. Mr. Miller is also the General Counsel and Executive Vice President of Rosen Materials, LLC (“Rosen”), a wholly owned (and largest) subsidiary of USLBM, which is a building materials supplier with 27 locations and over 500 employees in Florida, Georgia, Alabama, Nevada, Arizona and Illinois. Mr. Miller holds a Bachelor of Arts Degree in Law and Religion, which he earned in 1995 from Carleton University as well as a Juris Doctorate, which he earned from Western New England University in 1998. Mr. Miller is licensed to practice law in Minnesota (since 1998) and Florida (since 2005). Mr. Miller’s primary areas of practice include Construction Law, Mergers and Acquisitions, Commercial Lending/Borrowing and General Corporate Law.